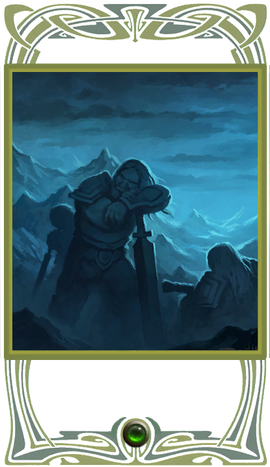 A mighty mountain range that serves as a palace for the Giant King, Jorne. The mountains were hollowed out to provide homes for him and his honor guard. Using Cloudrake Peak, the highest mountain, Jorne shaped himself a throne. Over the millennia his lieutenants carved themselves similar thrones into the mountain range, though none were as mighty as their King’s.

Many tales are told of the fabled treasures said to be locked away in those mountains, guarded by powerful Stonekin. Many brave souls have sought fame and fortune in pursuit of these treasures, but none have returned. Now, as the giants return to the surface, legends are once more made real along with all the danger they entail.

.
Retrieved from "https://battleforge.fandom.com/wiki/The_Giant_Throne?oldid=28577"
Community content is available under CC-BY-SA unless otherwise noted.