Lyrish Reaches is the starting Scenario Hub in BattleForge, beginning with the Introduction scenario. The Lyrish Reaches hosts scenarios from The Curse Campaign, The Search for the Gods Campaign, and The Treasure and the King Campaign. 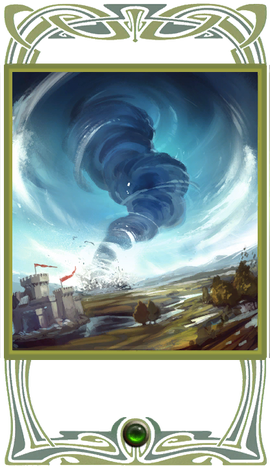 A
region dominated by harsh icy steppes and towering mountain ranges. Bordered by a lush belt of fertile farmland and forests to the south, it spans the foot of the Giant Throne Mountains. Initial settlements were formed when the giants forced their human slaves to populate the area under the rulership of the half-giant Skanes. The largest of these became known as the town of Lyr.

The humans of that region became known as Northmen. Tough and resilient, they are used to the harsh power of the cold: this imbues them with the power of Frost. After they drove their former giant masters out, the humans built a second capital, named Hope. Although this city never reached Lyr's size and wealth, it remains a symbol of a new beginning.

</table>
Retrieved from "https://battleforge.fandom.com/wiki/Lyrish_Reaches?oldid=28126"
Community content is available under CC-BY-SA unless otherwise noted.