Juggernaut is a third era Fire creature that is desired for its dominance of third era. It has the most lifepoints for creatures of this era and is second in non-upgraded damage only to Spitfire, yet Juggernaut I and II upgrades steal that title as well. Because it is an extra-large creature, it has the ability to knockback small and medium units by walking through and over them, knocking them back and doing 10 points of trample damage.

Activate to rush towards the target dealing 170 damage to enemies along the way, up to 3875 in total. Reusable every 30 seconds.

With an admirable sense of purpose, the monster crashed through row after row of buildings like a cleaver through meat. Dust and debris exploded in every direction, and pieces of roof, archways, windows, doors and occasionally a startled resident pirouetted into the mild afternoon sky. Still clenched in the Juggernaut's fist, Twinaxe at first emitted a curious high-pitched terrified wheeze. But as he realized he was not actually about to die, his wheeze became a hysterical giggle and he settled back to enjoy this unexpected and unconventional journey through the thing that humans called - civilization.

"Mo and Twinaxe" - The Green Piper 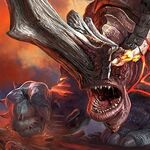 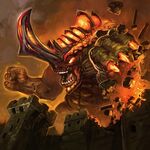 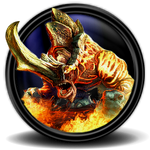 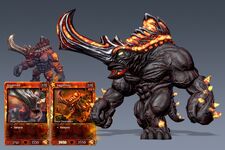 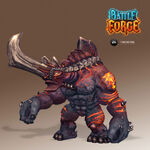 Add a photo to this gallery

Retrieved from "https://battleforge.fandom.com/wiki/Card:Juggernaut?oldid=28467"
Community content is available under CC-BY-SA unless otherwise noted.