A BattleForge Building is a structure that players employ in combat and in achieving objectives for a match. Depending on the building type it can be used defensively, to support or even for offense. Power Wells and Orbs are considered Buildings, but Walls are not.

A building's vital statistics are shown in its corresponding Card. When individually selected, a building's current health can be seen underneath its portrait along with its attack power.

Unlike Creatures, Buildings don't count towards the Unit Limit and a player can build as many as his cards and resources allow.

When a building card is played it will take some time to construct, during this time it will take double damage, and won't attack or use abilities. The amount of time needed to build a building is twice as long when not built next to a Power Well or a Monument. The standard construction time is 20 seconds.

The Building Class indicates the Building's role in the game:

Like creature cards buildings also have active and passive abilities.

To create a Building, the player must select an available unit card and have the Power required to cast that card. Cards are also limited by the charge value. The remaining charges is indicated in the lower corner of the card in the Deck Bar.

Damaged buildings can be repaired at the cost of power. The number of life points repaired per second depends on the total life points of the building, and is only significant when the building is out of combat.

The four tables below list building cards by number of required orbs. Within each table, the cards are grouped by their rarity. 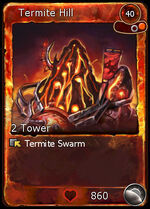 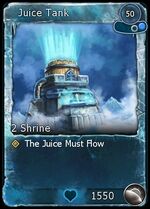 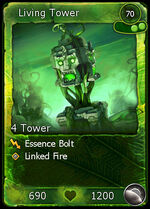 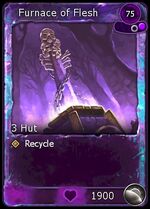 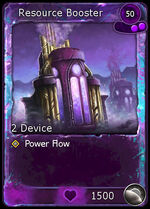 Retrieved from "https://battleforge.fandom.com/wiki/Building?oldid=28026"
Community content is available under CC-BY-SA unless otherwise noted.